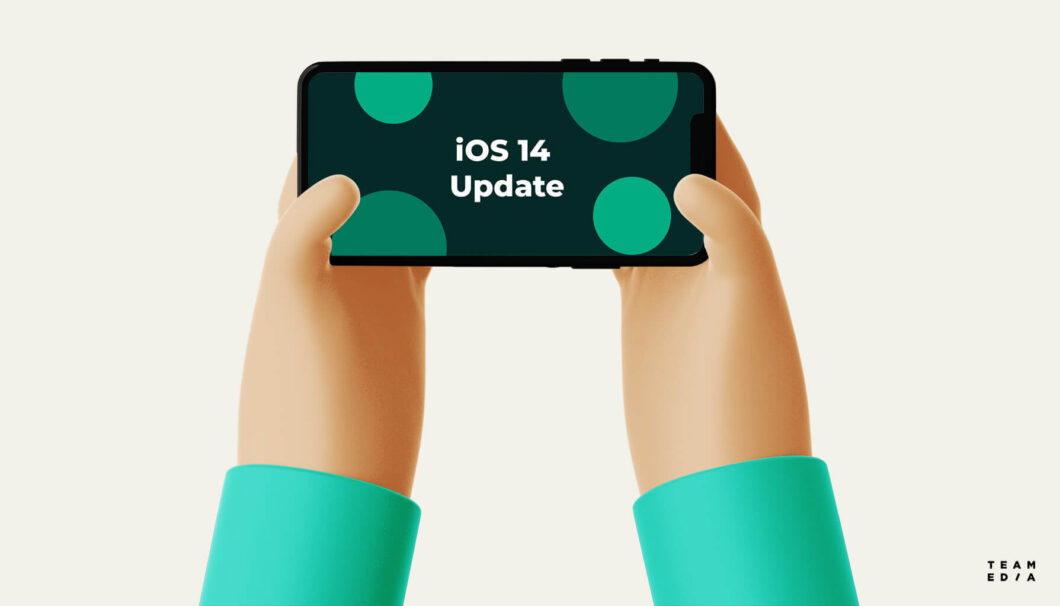 Apple has released iOS 14 which introduced a user privacy policy update. It regulates how advertisers receive and process personal data and user behavior. All iOS 14 users are asked whether they want to allow their app to track them across apps and websites or not.

The new policy update is a result of Apple’s response to recent criticism of its operating system. The changes are designed to give users more control over data collection while also allowing developers the ability to create a better user experience for customers.

The App Store is designed to be a safe and trusted place for users to discover apps created by talented developers around the world. Apps on the App Store are held to a high standard for privacy, security, and content because nothing is more important than maintaining users’ trust – Apple.

How did advertisers process data before introducing iOS 14?

Prior to the iOS 14 policy changes, when a user installed an app, a developer received the user device’s IDFA by default.

IDFA (The Identifier for Advertisers) is a unique number that Apple assigns to each device to help advertisers track conversions and user behavior.

Using the IDFA, companies like AppsFlyer, Adjust, Segment, and other mobile attribution platforms can accurately match app installs on a specific phone to the ad campaign that attracted the user. For example, you run Facebook Ads for your time tracking iOS app. A user clicks the ad in the App Store and installs the application. When the application is opened, the Facebook SDK is triggered. It identifies the user’s IDFA and sends it to the Facebook server which matches the user with the specific ad campaign. After that, using Facebook Ads Business Manager, you can see how many installs you got with the campaign as well as track other further user actions such as an in-app purchase.

In previous iOS versions, users didn’t have to confirm if they wanted the IDFA to process their data. All iPhone owners could restrict tracking the IDFA in “Reset Advertising ID” privacy settings.

According to AppsFlyer, only 15% of Apple users restrict IDFA tracking in settings. With the transition to opt-in notification, it is expected that the number will increase to 70%. iOS 14 user privacy policy update will make the IDFA tracking almost for nothing.

How does the iOS 14 update affect ad performance?

Apple no longer shares data on conversions or customers who have not opted-in to share their information for advertising purposes. It obviously has a negative impact on the following parameters.

The more people opt out of tracking on iOS 14 devices, the smaller audience size you will retarget.

Obviously, you won’t be able to track some of the conversions which will result in poorer ad performance.

As you lack critical data and metrics to track, it is be more difficult to optimize ads for higher conversions.

How to optimize ads for the iOS 14 policy update?

We have gathered major recommendations from Google, Facebook, and LinkedIn advertising platforms to deal with the iOS 14 policy update.

Due to a significant decrease in reach you might get, you need to manage and analyze ad performance regularly to adjust budgets and bids to achieve campaign goals.

Apple introduced a new mobile attribution tool called SKAdnetwork. It tracks app installs anonymously. SKAdnetwork shares the info on the number of clicks on an advertising campaign but does not share user personal data. It means that you won’t be able to optimize campaigns based on the audience insights as you will just have no relevant data. If you use Google Analytics for Firebase, you will automatically get SKAdnetwork attribution for the first open conversion. You can also use third-party SDKs supporting SKAdnetwork.

Use only tCPI or tCPA bidding

Facebook introduces Aggregated Event Measurement to process pixel conversion events and measure web events from iOS 14 devices. In order to prevent your ads from decreased performance, make sure to follow these tips.

Verify your business domain in the Facebook Business Manager

One of the most prioritized Facebook Ads recommendations is to verify a company’s business domain in the Facebook Business Manager. It will let avoid future disruptions of your website campaigns and enable pixel conversion events configuration with Aggregated Event Measurement.

Define eight most critical conversion events for your business

According to the iOS 14 policy update, you will be able to optimize for a maximum of eight conversion events (standard events and custom conversions) for each Facebook pixel. The rule ensures the ability to use Facebook Aggregated Event Measurement protocol for users that opt out of data sharing. If you don’t define your conversion events manually, Facebook will do it automatically based on its assumptions on what is most relevant to your business.

Note, that if you host several subdomains using the same domain, they all will share the same eight events even if these are different market segments. To deal with it, you might need to set separate domains for each subdomain. You can also try to use one Facebook Business Manager and configure eight broad events. You can allow separate segments to add their own pixels for reporting and website custom audience creation.

The iOS 14 policy update doesn’t allow real-time reporting. Data may be delayed up to three days. For iOS 14 app install campaigns, conversion events will be reported based on the time that they are reported to Facebook by the SKAdNetwork API and not the time they occur. Active campaigns will show the attribution setting under Optimization & Delivery. As a result, conversions analyzed in the reporting match the conversions used for optimization.

LinkedIn does not gather user data to track off-LinkedIn user behavior or enhance personal profiles. For this reason, the iOS 14 policy update has a limited impact on LinkedIn Ads. Nevertheless, here’re a few tips you might want to consider.

Due to a high number of users who will opt out of data sharing, you may result in a smaller audience size that will be not enough for website retargeting. In order to ensure greater scale, you may try other retargeting options such as Video Views, Lead Gen Forms, Pages, or Events.

IDFA limitations may cause a significant decrease in conversions and the number of matched IDs resulting in a smaller matched audience size. To ensure a stable source of high-quality leads, LinkedIn recommends launching Lead Gen Forms campaigns with a robust lead magnet.

The iOS 14 policy update is going to have a great impact on the mobile app industry. According to Statista, “in 2018, global mobile app revenues amounted to over 365 billion U.S. dollars. In 2023, mobile apps are projected to generate more than 935 billion U.S. dollars in revenues via paid downloads and in-app advertising”. Obviously, some limitations to user data processing may affect small and developing mobile apps. Thanks to advanced Google and Facebook advertising options, they had a chance to compete with bigger players. Now seeing Apple’s limitations, they need to struggle for their users and growth. Teamedia will keep an eye on further platform updates and recommendations to provide you with the newest insights to make timely decisions.